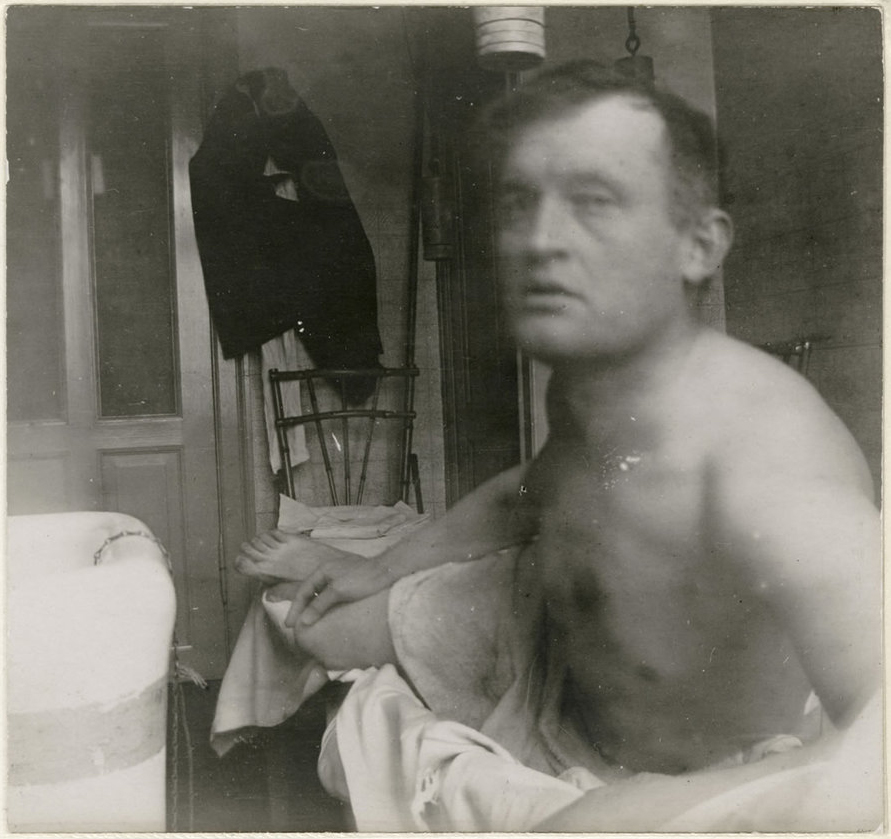 Looking and Healing: Artists and their Doctors, Lecture Seminar, Centre for Humanities and Health, King’s College London (May 2012)

Artists and doctors share highly developed observational skills and a fundamental love for humankind.  This lecture explores some historically revealing relationships between these different practitioners, and the intellectual, social and professional complexes in which these relationships sit.  Representational, technological and ethical epistemologies can be traced in the performed intimacies of such self-reflexive clinical arenas.  Examples from both physiological and psychiatric medicine are explored, in pairings from Goya and Arrieta through Munch and Jakobsen as well as Duchamp and Dumouchel and beyond. Painting, engraving, photography and sculpture from approximately 1750 to 1990 are addressed.

An earlier version of this lecture was given at the 2006 British Association for the Advancement of Science conference in Norwich, at the invitation of Professor Ludmilla Jordanova, then President of the British Society for the History of Science. Professor Jordanova is a leading authority on scientific portraiture, and is principal investigator for the medical portraiture strand of Kings’ Centre for Humanities and Health. We had first worked together in 2002, when as Development Manager of the Royal Society, I invited her to become involved in the Society’s portraiture collection.

It is not the only subject on which she has invited my thoughts vis à vis medical humanities. In 2005, Professor Jordanova was Director of the Centre for Research in the Arts, Social Sciences and Humanities at the University of Cambridge.  It is a vital centre for the development of interdisciplinary practice, and her directorship was a particularly dynamic period for CRASSH. Notably, she convened a fantastic workshop in December 2005 which arguably refocused CRASSH for the next decade: The Future of Interdisciplinarity.

She also invited me to speak at an exploratory closed workshop on Humanities and Medicine in Cambridge Undergraduate Education in October that same year. My contribution to the day concerned the visual arts in relation to medical practice and was entitled Looking and Healing: The Arts in Medicine.  It is linked to Artists and their Doctors by more than just the title.

What was at issue in October 2005 is still at issue today: the overlaps between medicine and the humanities and the contributions each make — and could make — to the effective practice of the other.  The two crucial issues are, I feel: the importance for medicine and medics of understanding the highly charged representational issues in medical imagery, from abstraction and realism to diagrams and data visualisation; and the field of ethics to which a truly self-reflexive medical practice could productively contribute as well as adhere to.

This is the précis of The Arts in Medicine that I handed out after my presentation:

Medical students and arts students alike need to be aware of the long historical working relationship between the two practices in the development of anatomical understanding as a legacy;

Imaging practices have gone far beyond the optical in medicine, and medical practitioners (as well as artists and the lay public) need training to parse the origins and effects of data-produced images which carry hidden within their ’visualisation’ a long complex history of representation with vested interests;

Not all those medically trained practice exclusively in medicine: investing in this deeper structure to shared intellectual territory, one which gives rise to new methodologies and not just new data, is one which could bear fruit for both medical and arts & humanities teaching;

The exploration, exposition, practice and development of the whole fundamental way in which we look at — or approach — each other as human beings is at the core of any medical activity, and emotional and intellectual instruments for accommodating it within the self and for parsing it in relation to daily practice are crucial to learning medicine: this is practicing ethics, not just ethics-as-law;

It is also true that physicians thus trained and engaged could make major contributions in turn to ethics on a much wider plane than medical ethics and legislation alone, extending to fundamental philosophical questions and the understanding of humanity — physicians could and should contribute to the humanities.

Interestingly, I heard this last note echoed five years later by the senior medical practitioner and former editor of the British Medical Journal, Dr Richard Smith, at the London School of Economics event, Valuing the Humanities. It is the intimacy of the doctor-patient relationship, and its existential power, which has potential in the field of ethics.  This is one of the conclusions of my lecture, Artists and their Doctors:

Looking at life, and looking at one another, is a very complex process socially, psychically, ethically. The eyes with which both artists and physicians survey the body acknowledges ‘the human’ in the form before it and the call to mercy and to transcendence which we make in standing before each other every day before even speaking a word. Attention is paid without judgement, and yet the attention itself issues from the fundamental human encounter of one person with another.

This is not just about bedside manner, or about medical legislation, or about inspiration, but about the way in which we approach each other as human beings. There are, inherent in the portraits I have been showing you, realities about the human condition – about a face-to-face that is both detached and full of love, about the different ways in which we keep each other as best we can from death and from the fear of death. Further Links: King’s College London Centre for Humanities and Health; British Association for the Advancement of Science; British Society for the History of Science; CRASSH; LSE Valuing The Humanities