History of Graphic Design is a budding field that touches everything from advertising to artists’ books, from word and image studies to printing technologies. I first learned about these subjects quite literally at my father’s knee — yes, that knee in the photo above. Thirty years after my father’s early death in 1977, I realised that with the range of research methodologies and approaches that I had garnered in my MA, History of the Book, it would be possible for me to effect a scholarly appraisal of his position in the history of Canadian graphic design. In 2006 I initiated just such a project, which produced among other things two issues of the design and printing journal, Devil’s Artisan, which I edited:  it includes an overview of Allan’s work and several articles by exciting researchers and design historians.

My father, Allan Fleming, has been called ‘Canada’s first design guru’. He was certainly the country’s foremost graphic designer in the spectacular mid-century moment when the fusion of advertising and typography spawned a riot of raw talent across the continent, when technologies of design became intimate with the design of technologies, and when Canada, spurred by the lure of its centennial year of 1967, formed itself as a culturally literate nation – replete with a Design Council that he helped to instate.

Allan trained at his own (and my mother’s) expense in the mid-1950s in London and Europe; he honed those skills at the furnace-face of hot metal as creative director (a position then almost unheard of outside Europe) at Toronto’s Cooper & Beatty Type Craftsmen from 1956 to 1962; he burned it all up at MacLaren Advertising (now MacLaren McCann), where he was Creative Director for six years. Finally, in a post created for him, he helped revolutionise the look of scholarly publishing in North America as chief of design at the University of Toronto Press. He died in 1977, aged only 48.

His best-known legacy is the symbol that he created for Canadian National Railways as part of their mid-century modernisation programme. The CN symbol was itself like a train driving Modernist design straight through the 1960s in Canada and beyond, and it still adorns countless bridges and trains over 50 years later.

In 2006, I was invited by Tim Inkster of the Porcupine’s Quill, publishers of Devil’s Artisan: A Journal of the Printing Arts in Canada, to guest-edit an issue of the journal about Allan’s work. It turned into a double-volume publication and a much bigger project than that alone. ‘DA’, as it is known, is available through abebooks.com and also, as a digital publication, on Zinio. The first of the two issues, DA 62, is packed with information about mid-century graphic design in North America, the conditions in which it took place, and the specifics of the Canadian scene. The second issue, DA 63, contains articles by leading Canadian photo historian Carole Payne and design historian Brian Donnelly. The issues also contain evaluations of Allan’s work and its impact from practising designers working in related fields — Donna Braggins, who, like Allan years before, led a redesign of Maclean’s Magazine, and Robert Tombs, who, like Allan, had been chief of design in a major University Press.

Book historian and Enlightened Librarian Devin Crawley effected a close analysis of archival papers of Allan’s and of the University of Toronto Press, with surprising results. Devin also co-authored with me for DA 62 a finding guide for archival deposits relating to Allan’s work — in Library and Archives Canada, corporate archives and University archives.

And it was indeed in the archives that this project got much bigger — as if writing and editing what ended up being 208 pages including six other authors and a hundred-odd images is not enough!  In discussion with my brother and sister (and our mother,  then still alive) we made a decision to move Allan’s papers and what remained of his substantial book collection to the Clara Thomas Archives and Special Collections at York University. It was a complex job, both logistically and bureaucratically. But the support and welcome of the York’s fantastic archivist, Michael Moir, made it both smooth and exciting.

A digitisation project has started up, and there are already materials available online through York University’s DSpace. I am hoping that there will be link-ups between York’s growing design archives and its research culture, as is happening at the Rochester Institute of Technology and at the University of Brighton. And I am also hoping that history of design will burgeon in Canada, where so many highly accomplished designers — including my brother, the furniture designer Peter Fleming — are working.

Last year, EYE magazine commissioned an article by me about Allan, and I have a funny feeling that there will be more ‘dad’ projects in the future as well. I wouldn’t mind working with the Canada Science and Technology Museum, which has a number of CN locomotives in its collection, to research the relationship between technological innovation and graphic design. How much bigger could a project get?  Sounds like a ‘history of modernity’ to me. 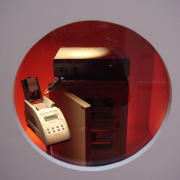 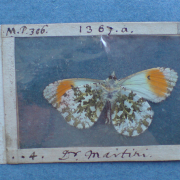 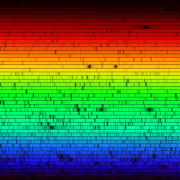 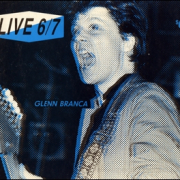 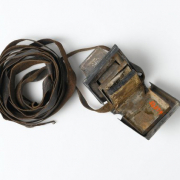